Ado-Odo Ota Local Government has now imposed N50,000 fine on any landlord who defaults in paying Tenement Rate, now re-named as Community Rate. The rates are N2,000 per Bungalow and N4,000 per Storey Building.

This was made known by Lion Adebisi Akanbi, Aseyori ACDC chairman to Community members that attended the regular monthly general meeting of Aseyori ACDC, hosted by Harmony Etere CDA today Thursday 14th April 2022 on the Community Playground within the Community.

Lion Akanbi made it clear that the Rates are now compulsory and must be paid, otherwise, defaulters will be liable to a fine of N50,000. He explained that the monies would now be collected from door to door by authorized members of the community who would issue official Local Government Receipts and remit the monies to the Local Government coffers as scheduled.

On the forthcoming General Elections, Lion Akanbi encouraged CDA members to go and register at Pollen Booths closest to their homes, otherwise they may not be able to vote. He urged members to avail themselves of the opportunity of the Eye Foundation Officials who were present at the meeting to check their eyesight and be treated accordingly, if need be.

Lion Akanbi seized the opportunity to announce that the next ACDC Zonal Meeting is coming up in October, 2022.

On Security, the Aseyori ACDC chairman advised members to devise ways of protecting and defending themselves against armed robbery attacks because police is not always easily available.

On maintenance of Roads, Lion Akanbi advised members to embrace Unity and Cooperation in repairing, maintaining, construction or grading of roads, rather than abandoning certain bad roads simply because they can use alternative pathways behind their houses. “Suppose your visitor do not know that footpath you are using as alternative?”, the ACDC chairman pondered..

He admonished members to put up behaviors that would motivate and attract more people in the Community to join CDAs.

On the forthcoming CDA elections, Lion Akanbi reiterated that no-one can dissolve the House now until the elections are conducted and new officers have emerged.

He advised members not to choose or nominate candidates on emotion or sentiments, but on reality, by choosing people who are ready to sacrifice their time, resources, materials and even money to serve their Communities, pointing out that if good people shy away from serving their Communities, they would automatically come under the rule of low quality people.

In her own contribution, the Local Government Representative at the meeting, Mrs Adeyemo chided Harmony Etere chairman for not stating clearly in his Welcome Address exactly how much was spent on projects they claim to have executed. She therefore went on to demand for same.

In addition, she corrected the way the Brochure was printed by pointing out that both Certificates (of Recognition and Registration)  issued by the Local and State Governments respectively should be published simultaneously in the Meeting Brochure without publishing one and leaving out the other.

Earlier, chairman Akanbi announced that there is Skill Empowerment Program going on now and it is targeted at 15-19 year old girls who are encouraged to learn Hairdressing, Tailoring, Auxiliary Nursing, Computer operating etc for just 2 months. Their apprenticeship fees would be paid to their masters while equipments and necessary machines would be procured for them on graduation.

The recruitment would last from now till December this year 2022, but may be extended to 2025. About 40 girls are expected to pioneer the program.

Still on election into CDA ExCo, chairman Akanbi announced that the elections would go in this order:

In a question and answer session, Lion Akanbi advised CDA members to take up anybody who is a threat to the Community and hand him over to the police. He enjoined members to allow understanding, cooperation and unity to come into play whenever CDAs are planning to do joint projects, particularly road repairs and maintenance.

Vendors that came to market their products included a Food and Nutrition Expert, Mrs Sobowale, who advised the audience on the need to eat more vegetables and check their Blood Pressures regularly.

Another Vendor, Miss Boluwatife, from New Life International, talked about the need to patronize Food Supplements that replace missing nutrients in foods that are not complete, nutrient-wise. 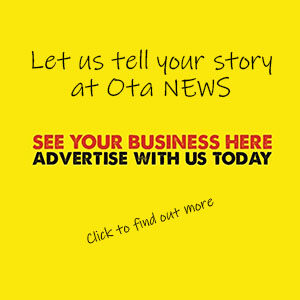